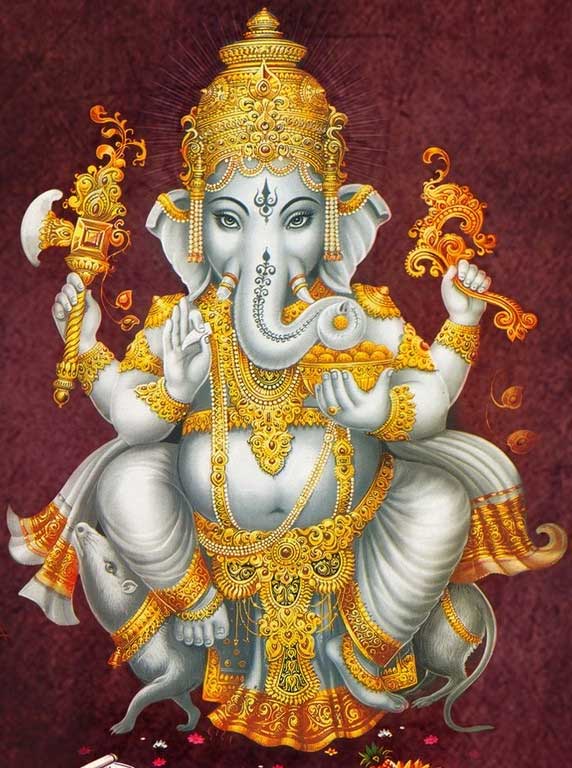 Ganesha, also known as Ganapati and Vinayaka, is one of the best-known and most worshipped deities in the Hindu pantheon.The name Ganesha is a Sanskrit compound, joining the words gana (gaṇa), meaning a group, multitude, or categorical system and isha (isa), meaning lord or master. His image is found throughout India, Sri Lanka, Thailand and Nepal. Hindu sects worship him regardless of affiliations. Devotion to Ganesha is widely diffused and extends to Jains and Buddhists.

Although he is known by many attributes, Ganesha’s elephant head makes him easy to identify. Ganesha is widely revered as the remover of obstacles, the patron of arts and sciences and the deva of intellect and wisdom. As the god of beginnings, he is honoured at the start of rituals and ceremonies. Ganesha is also invoked as patron of letters and learning during writing sessions. Several texts relate mythological anecdotes associated with his birth and exploits and explain his distinct iconography.

A sect of devotees called the Ganapatya arose, who identified Ganesha as the supreme deity. The principal scriptures dedicated to Ganesha are the Ganesha Purana, the Mudgala Purana, and the Ganapati Atharvashirsa. Brahma Purana and Brahmanda Purana are other two Puranic genre encyclopedic texts that deal with Ganesha.