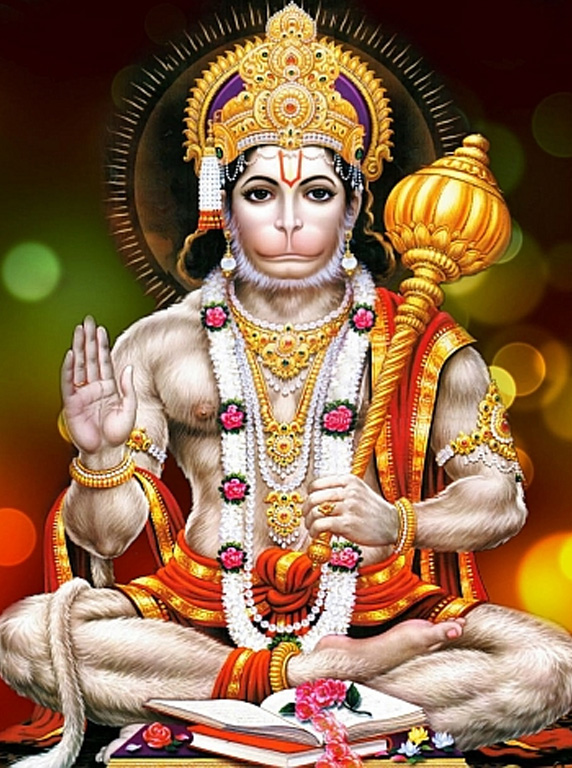 In Sanskrit, ‘Hanu’ means ‘Jaw’ and ‘Man’ means ‘Disfigured’. No wonder, Hanuman’s jaw as a kid was disfigured by none other than Lord Indra who had used his vajra (thunderbolt) against Anjaneya, who took sun as a ripened mango and even went to trace it up in the sky. It was there in the sky that Lord Indra had used his vajra which threw Hanuman straight on the Earth, damaging his jaw forever.

He is also known as Pawanputra, Mahavira, Hanumanta, Anjaneya, Marutatmaja, Mahakaya, Ramaduta ect. Pawanputra Hanuman was an incarnation of Lord Shiva and is considered to be an exemplification of strength, devotion, and perseverance.